PRINCIPAL TRENDS OF THE CLINICAL EFFECT

Epileptic disease, or epilepsy, is a rather widespread illness among the population. According to epidemiologic findings by W. Hauser (1), average incidence of epilepsy is 30-50 per 100,000 of the population and largely varies from country to country: from Japan to Australia. Disease incidence in males is higher than in females; it is the highest in 1 year old infants, decreases after the second decade and increases in old age.

Epilepsy mainly sets in in young age under 20 years when education, training and personality formation are in progress. In the great majority of cases the course of the disease is characterized by increasing personality deformation, mental alterations (mainly, in the intellectual-mnestic and emotional sphere) and the patients' social adaptation disturbances. In view of such unfavorable dynamics and prognosis, rehabilitation of such patients, early detection and prevention of epilepsy, appropriate tactics in selecting medication therapy, search for new, highly effective pharmacological preparations that reduce the frequency of attacks and the speed of increasing personality alterations (organic defects), preparations that are able of restoring the impaired mental functions caused by the illness. As M.J. Edy and others (2) point out, "the earlier the disease is detected and the less there are spasmodic attacks originated before therapy, the more there are chances of successful treat

Therapy with amino acid compounds developed and suggested by Prof. A.P. Khokhlov represents precisely such an approach in epilepsy treatment.

In the present study an attempt is made to define the principal mechanisms and trends of the clinical, neurophysiologic and psychologic effect of amino acid compounds (their conventional names being A and G) in managing different forms of epilepsy in adults.

The study was conducted in the treatment of 55 adults (23 males and 32 females) aged 18-40 years (Tab. 1) and 3 adolescents (5.45%) aged 14-16 years. The adolescents were involved in the investigation because, according to the BEA (bioelectric activity) characteristics of the brain, they corresponded to mature age.

Tab.1. Distribution of epileptic patients by age and sex.

The duration of the disease in adults was 3-18 years and 5-12 years in adolescents. In the great majority of cases (89.7%) the disorder emerged spontaneously; in much more rare cases, however, the disease was preceded by various exogeneous hazards (birth injuries, infectious diseases, etc.). In many patients the illness began with generalized seizures (70.9%); much more rarely first illness manifestations occurred in the form of absentias and focal seizures (29.1%).

For long periods of time all the patients have been taking traditional anticonvulsants (phenobarbital, benzonal, hexamidine, diphenine, finlepsine), but they had no lasting therapeutic effect.

The frequency of attacks in adults prior to treatment with amino acid compounds varied from 1 to month.

Survey findings, clinical observations, assessment of the mental condition of the patients and psychologic studies have permitted to find in patients different degrees of manifest mental disturbances - depending on the illness duration, frequency and nature of seizures.

As can be concluded from Tab. patients, prior to treatment, certain changes were observed that were associated with and characteristic of the disease concerned: mood deterioration (70.9%), excitability (45.5%), attention disturbances (38.2%), asthenia (38.2%), emotional lability (36.4%), memory deterioration (32.7%), inhibited and circumstantial thinking (27.3%).

The activity of amino acid drugs was determined by the standard methodology of a united system of assessment of the clinical-pharmacologic effect of psychotropic medications in patients with borderline nervous-mental disorders recommended by the Russian Ministry of Public Health (4).

Before, during and after treatment with amino acid compounds, the patients were subjected to general medical, psychiatric, neurologic, psychologic and EEG examination. The general health of the patients, frequency and intensity of attacks, mental condition, evolution of EEG curves and social adaption of the patients were evaluated.

Courses of treatment with amino acid medications lasted 4-7 weeks with intervals of 2-3 months between the courses.

The observation of patients lasted 6-12 months.

prior to treatment with amino acid compounds.

The evaluation of the disease dynamics in epilepsy patients who were taking amino acid compounds revealed that in the great majority of cases, in the 1st stage (1st and 2nd week of treatment) a significant reduction in the number of seizures, a decrease in severity and intensity of the episodes themselves (63.6%) were recorded. Subjectively, patients reported that the after-seizure period decreased, the degree of marked weakness, somnolence, smashed condition typical of this illness diminished; patients, in their own words, "came more quickly back to senses" and could resume the interrupted activity.

Never during treatment with amino acid compounds has there been any change in the nature of seizures, nor increased frequency thereof. Improvement was of long-lasting nature, at least, in the period covered by the observation.

In instances when patients repeated courses of treatment at the Center, a positive dynamics increased, the patient's condition was "consolidated" with every new course of treatment with amino acid compounds and patients insisted on complete withdrawal of anticonvulsants.

It should be stressed, however, that even if the seizure frequency changed insignificantly, patients reported a general improvement of their condition which was manifested by higher spirits, increased activity, improved memory and intelligence.

2. Action of amino acid compounds on the intellectual-mnestic,

As has been stated above, a marked improvement of the patients' condition was recorded in the 1st and 2nd stage of the course - occasionally from the 1st week on, but

more frequently from the 2nd and 3rd week on. This improvement is registered in subjective reports of patients in the form of a better or elevated mood; patients become more joyful and "smiling"; disphorias, changing mood and reticence characteristics of them disappear. In the words of their relatives, patients become sociable, their irritability, flabbiness, apathy subside, they get more active, energetic, agile and enterprising.

According to patients themselves, their "head becomes fresh", they change their attitude to life, their optimism, confidence in their forces and emotional stability are growing; patients' contacts in the professional sphere and in their family improve.

The effect recorded from the beginning or the middle of the treatment course will be preserved after the treatment which points to sufficiently deep and durable changes in the patients' condition.

3. Action of amino acid compounds on the bioelectrical activity

of the brain in epilepsy patients (EEG data)

The assessment of EEG recordings during and after treatment with amino acid compounds demonstrated that considerable changes of EEG indicators occurred both in the background recording, functional tests and under loads. In most patients in whom the background recording initially registered diffuse slow-wave activity with marked domination of slow waves (of the theta and delta range) being an EEG indicator pointing to organic lesions of the CNS, this diffuse activity (during intake of amino acid compounds) began to change into bioelectrical activity of the a -range. During the course of treatment, this trend increased resulting in subsequent substitution of slow waves (frequency and amplitude index) by higher waves. Zonal differences that emerged are characteristic of a normal EEG in healthy persons.

In the background recording the amount and content of single and group sets of sharp and slow waves was essentially lower, the tendency of paroxysmal manifestations during functional tests and loads, the tendency of paroxysmal manifestations towards generalization was reduced. The zones of diffuse changes of the bioelectric activity of the brain were localized without involving other regions into epileptic discharge.

A similar effect of amino acid compounds on the brain bioelectric activity is specific and sharply contrasts with the effect of other pharmacologic drugs of different groups - tranquilizers, anticonvulsants, neuroleptics and nootropic agents (5). An action producing on the EEG diffuse disrhythmia along all areas with prevalent high-frequency rhythms of the b -range is characteristic of preparations of these groups. A similar action on the brain bioelectric activity in healthy persons (according to the literature) is exerted by antidepressants (MAO inhibitors) and psychostimulants of the amphetamine group. The findings arrived at are of provisional nature and call for a further in-depth study of the action of amino acid compounds on the brain bioelectrical activity in both healthy people and patients with cerebral pathology.

4. Assessment of tolerance and side effects of amino acid compounds

in the treatment of epilepsy patients

Amino acid compounds proved to be well-tolerated drugs by most adults and adolescents; they do not produce any side effects or symptoms. The most frequent patients' reactions recorded during the first intake were in the form of a pricking in the upper and lower limbs, the face area and in the form of skin reddening. In further intakes, even if the drug dosage was increased, these manifestations disappeared and never recurred.

There were no symptoms in patients that could be indicative of an adverse effect or action of amino acid compounds on the cardiovascular, digestive or urogenital system.

5. General assessment of the results of treatment of epilepsy patients

The evaluation was based on an analysis of all the study findings in the treatment of epileptics with amino acid medications. The findings give reasons to suggest that in the majority of patients with established epilepsy diagnosis amino acid compounds produce a favorable therapeutical effect consisting in a comprehensive and combined action of the compounds on the central nervous system expressed in the form of anticonvulsive, antidepressive, nootropic and sedative effect with complete disappearance (remission) or reduction of the frequency of convulsive seizures and restoration of intellectual-mnestic functions.

Even though the group of supervised patients was small and they substantially differed in the manifestation, intensity, duration of the illness and in disease-induced mental changes (intellectual-mnestic, emotional and characterologic), nevertheless, the general trend as to the effect due to the administration of amino acid compounds in the treatment of epilepsy patients, their tolerance and side effects can be determined with sufficient accuracy.

The tentative findings provide conclusive evidence of a high effectiveness of amino acid compounds producing an antiepileptic effect on adults.

A wide range of action of the drugs has been displayed, including different types and forms of epilepsy as well as their beneficial effect on both seizure frequency and changes of EEG indices; their influence on intellectual-mnestic, emotional and characterologic disturbances, on an improvement of the general condition of patients, their social adaptation in the family and at work. Induced changes were long-acting and were preserved during the entire investigation period. Good tolerance of the drugs and unpronounced side effect symptomatology should be pointed out; this represents a great advantage compared with other traditional anticonvulsive drugs that were used so far.

A manifest antidepressive, sedative and nootropic effect of amino acid compounds constitutes their essential merit as contrasted with other anticonvulsants.

The findings do not permit to classify amino acid compounds among 3 principal groups of antiepileptic medications (6):

suppressing the emerging or spreading of epileptic activity (diphenylhydantoine-type drugs);

inhibiting only the spread of epileptic activity (benzodiazepine-like drugs).

GABA inhibiting drugs (sodium valproate, depakin) and those raising the GABA level in the brain (7) are most close in their effect considering peculiarities of the clinical effect, changes produced on EEG and the nature of the anticonvulsive effect.

Based on the studies conducted, it can be stated that amino acid compounds favorably differ from other currently used antiepileptic drugs.

1. Amino acid drugs (their conventional names being A and G) are drugs with a marked antiepileptic effect that are highly effective in different epilepsy manifestations in adults.

2. Amino acid compounds display a wide range of action, covering various epilepsy types and forms; they have a beneficial effect on both seizure frequency and changes in EEG indices; they affect intellectual-mnestic, emotional and characterologic disorders, improve the patients' general condition and their social adaptation in the family and at work.

The induced changes are long-lasting and remain valid as long as the patients are observed. 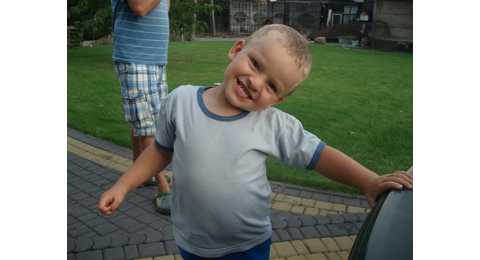 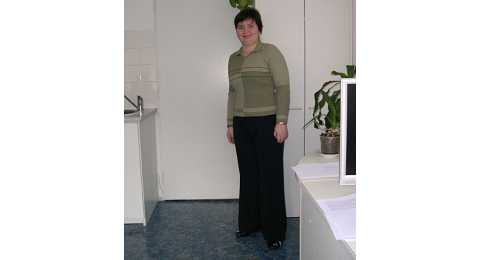 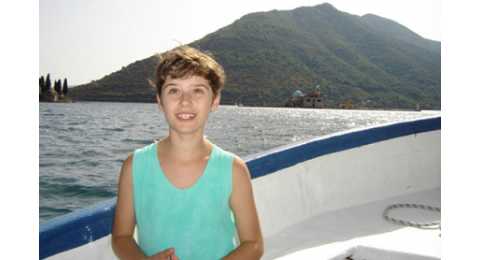 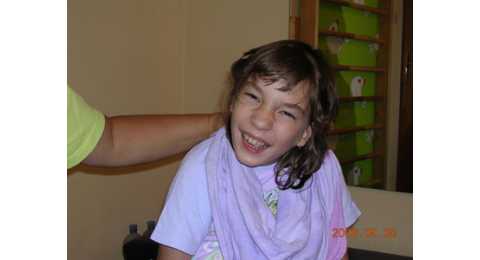 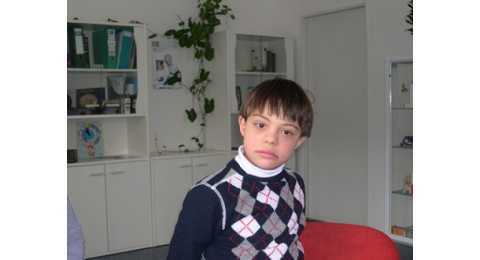 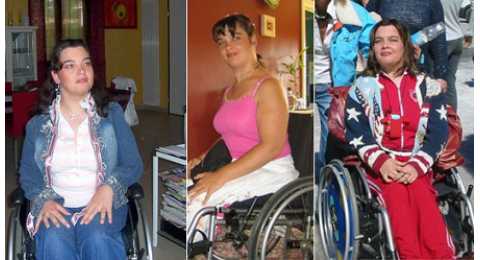 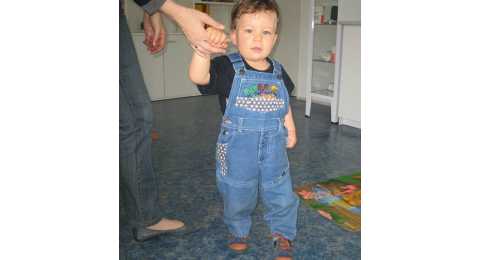